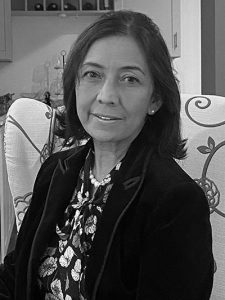 Joey Cecilia Del Prado born with a humble beginning in a little town in Cebu, Philippines. She finished College in Manila and has made her way to the corporate world since 1985. She started her career in big corporations, rose from ranks, like Wyeth Philippines and Zuellig Philippines and has spearheaded projects that brought great impact not only to the organization, but in the medical and religious community as well. Married to Michael del Prado who worked for Johnson & Johnson, was assigned to different countries, Education had also been a part of Joey’s professional timeline, although briefly, as she served as a secondary health teacher in PAREF Woodrose School Inc. in the Philippines.   International market also caught Joey’s attention. She had also made a major contribution as Sales and Marketing Manager in IMS Thailand.

More importantly, through the years of hard work and exposure to people in need, her near-death experience (survived from a brain aneurysm episode in May, 2015) inspired her to make a more valuable contribution to the community and to the world – After two years of recovery & rehab, she made her way, with a professional assistance,  to set up  Foundation for the Poor Inc. in July of 2017, a 501c3 org with EIN 82-2139405.

At present, Joey, the President of Foundation for the Poor Inc (FFP), has been collaborating with various non-profit organizations, whose mission is to give opportunities to POOR CHILDREN to study so they can REDEEM themselves from POVERTY.