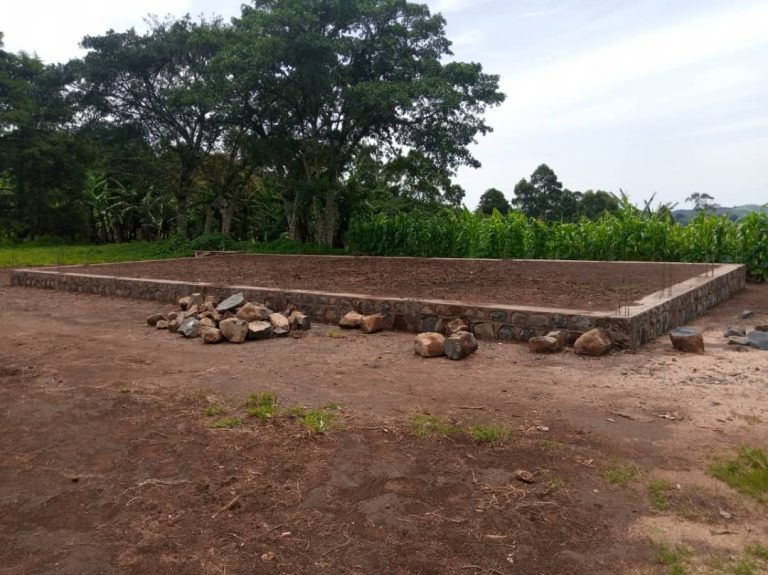 Progress Report on the Project to constrict two classrooms in Cameroon.

Betterways Africa received  the grant of $8000 in December 2019 for the Construction of two classrooms for a village school attended by mostly orphaned and poor children in the North West Region of Cameroon.

Phase one of the project started in late January, after the end of year and new year festive period in 2020. Planning of the work with the host community was completed. The site was of the project was surveyed and approved for safety of the children.

However due to the outbreak of the Corona virus the work could not commence due to a lockdown.

Material for construction wad however purchased in the nearby town of Bamenda and transported to the village.

The villagers conducted 5 days of community labour to prepare the site for construction of the two classrooms. This included clearing of bushes and transportation of sand and Stones purchased from a nearby location.

Construction of the foundation for building of the two classrooms started  in May despite the continuing Corona virus, thanks to determination of the beneficiary community to pursue the work.

As of 15 June 2020,  the construction of the foundation has been completed. This coincided with the onset of the heavy raining season.
Erection of the walls of the building will commence once the rains subside in late August 2020, and once the corona virus outbreak would have subsided as well by God’s grace. Thank you.